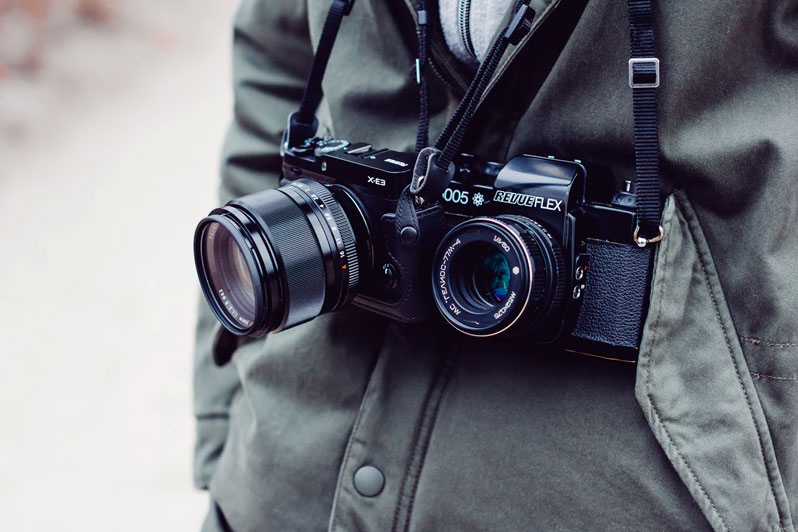 What is the Difference Between a Mirrorless and DSLR Camera?

We explain the differences between these two types of cameras and tell you which is best for your specific needs.

For a long time, DSLRs were considered the gold standard of digital cameras. While older point-and-shoots had their advantages, those with the budget for a DSLR camera could look forward to higher-quality images, improved light sensitivity, and the ability to compose an image while viewing it directly through the lens.

But nowadays, there is a new class of cameras making a foray into the market. “Mirrorless” cameras are swiftly rising to compete with DSLRs when it comes to quality and convenience.

If you’re trying to figure out which type to buy, it can be easy to get swept up in the complexities of the technical terminology.

In this guide, I will introduce you to the key differences between DSLR and mirrorless cameras. That way you can select the camera which is most suited to your needs. Let’s start out by outlining some basic definitions.

That right there—a mirror or the lack of it—is the key distinction on a technical level dividing DSLR cameras from mirrorless ones.

The lack of a lens in mirrorless cameras has a number of implications when it comes to image composition, size and weight, and other attributes, which I will go over in just a moment.

Indeed, you could say that a mirrorless camera is essentially a next generation point-and-shoot. It works the same way, but it includes some enhanced features. Interchangeable lenses make for the key defining difference, though many mirrorless cameras also include larger sensors and electronic viewfinders than those which are lumped into the “point-and-shoot” category.

Now that you understand what DSLR and mirrorless cameras are and how they work, let’s take a look at which cameras are best in a range of categories. This should help you decide on a practical level which type of camera is best suited to your needs.

DSLR Cameras are Best For:

Mirrorless Cameras are Best For:

You now know the key differences between mirrorless and DSLR cameras in terms of build, function and specifications. Neither type of camera is “better” in a broad sense. Ultimately, it comes down to personal preference. So think about what you like to photograph and how you like to shoot, and pick a camera which will fit your needs.