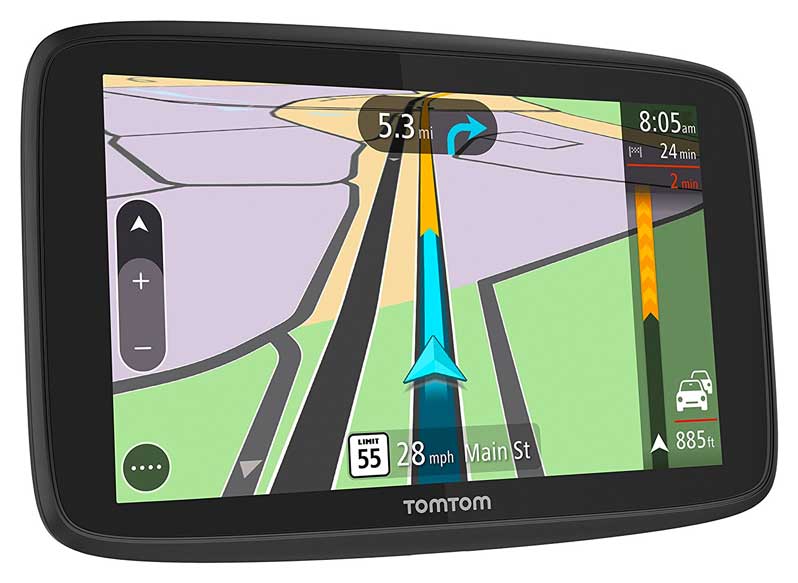 One of our readers sent us their own review of a TomTom Trucker 600. We thought we'd share it with you.

The TomTom Trucker 600 GPS is a goldmine filled with features used, loved and needed by commercial truck drivers. It is the legacy model of one of our top rated trucker GPS's, the TomTom Trucker 620 From being able to keep track of vital information like commercial carrying restrictions, road and overpass height, to making it possible for truckers to plan their routes and maximize their travel time, the TomTom Trucker 600 trucking navigation system is a must have and is one of the best trucker gps's that we've seen.

Plus, we love that you can even add check-in or refueling spots along the way and route around toll roads.

A unique feature of the TomTom 600 is its ability connect to your phone via Bluetooth. Truckers can use the MyDrive app on their phones to route around possible traffic & hazards and to relay their planned routes to either freight management or their client. These routes are wirelessly uploaded to the GPS at the beginning of the journey, and can be either programmed at the point of departure or at a central office. With this, the logistics managers or clients (or both) are able to always keep track of drivers. Visibility is such an important aspect in the supply chain today as it helps all parties involved plan ETAs and departures.

This navigation system constantly updates both traffic and maps making it possible for truckers to re-route in cases of accidents or bad weather. Unlike a standard phone-based navigation apps which cannot really react to the kind of issues faced by truck drivers and the conventional GPS that only updates offline, the truck route option technology equipped on the TomTom 600 updates automatically and caters to the concerns of commercial drivers on the go. It has many of the same updating features as the newer model, the TomTom Trucker 620. Check out another reader's review of the TomTom Trucker 620.

While we found this to be the best TomTom truck GPS, it’s so versatile that it can be used for many other types of vehicles as well, not just trucks. It can be used as personal unit, and is also perfect for RV owners in the business of towing smaller vehicles. Plus, the TomTom 600 can store the data (dimensions, weight, etc.) of four vehicles making it able to switch between stored vehicles types quickly and easily.

The TomTom 600 is very easy and fast to install because its simple snap-mount system makes possible to place it anywhere. The TomTom 600 has a 6” touchscreen with different levels of brightness but what stands out is its automatic night dimming feature. The system has an onboard battery that lasts 2 hours and can be charged using a MicroUSB, but we advise that the GPS be permanently connected to a power source. It also comes with a 10V cable and its 16GB storage capacity can be increased using a MicroSD card of up to 128GB.

It can be used for other types of vehicles not just trucks, and its processor quickly calculates the most efficient route for you.

No built in Wi-Fi means it can’t receive traffic updates unless there’s a Bluetooth connection to a smartphone.

The TomTom 600 is obviously a better option than smartphone-based GPS software and even most standard systems. What stands out with this device is its ability to understand and detect common road hazards that give truckers concern such as load and height limits. Also, its smart design and voice-activated navigation makes the TomTom 600 one of the top GPS in the market. However, the fact that it’s dependent on the user’s phone and an app because there’s no built in Wi-Fi connection is inconvenient, but not a deal breaker since it can be programmed and updated instantly – as long as the device is connected to a phone. Overall it’s one of the best truck navigation systems, and certainly the best one that TomTom manufacturers.