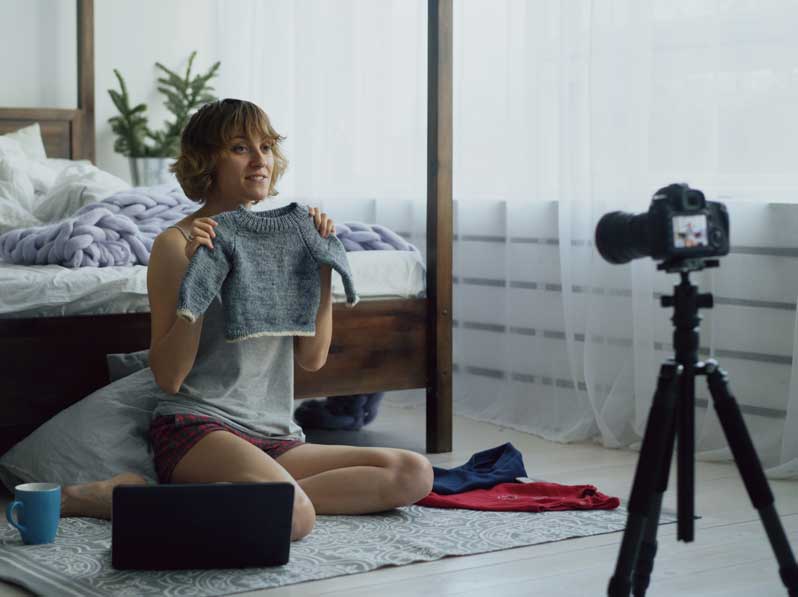 Starting a video blog can be an overwhelming process. The idea of putting yourself out there for the entire judgmental internet to see can be quite unnerving. Having the right recording equipment at your fingertips is an important first step to build the confidence it takes to create captivating viral content. Put your smartphones down. They’re simply not up to the task of capturing a top notch video that online audiences expect. You need the right tools for the job. You need the best vlogging camera.

With the rapid rate of advancements in the camera field over the last few years, it can be hard to keep up with innovation. Today’s cameras are stuffed with sensors, processors, stabilizers, mirrors, lenses, and tons of other technological marvels; all with different specifications that vary among brands and models. But what specs really matter in a camera intended for video blogging? What might be important for cameras used in photography might not be as important in cameras used to create video, and vice versa. A great example is microphone location and accessibility. The ability to clearly hear the subject in a video is as important as being able to see them, and without adequate audio your viewers bounce to a related video on the side bar. From the importance of low light performance to Wi-Fi and Bluetooth connectivity, our vlog camera reviews highlight the specifications most important to video and break down each of the top cameras on the market to ensure you find a good vlog camera that will exceed your expectations.

Choosing the perfect vlog camera that fits your filming style is a process that should be well researched. From bulky DSLRs to small point-and-shoot cameras, there are plenty of options that will meet your needs as a blogger. Point-and-shoot compact cameras provide some of the best versatility for beginners as they’re lightweight, compact, and often the most user friendly. However for more intermediate and advanced vloggers, DSLRs provide quality that is off the charts thanks to enhanced auto focus systems and insane sensors housed inside their larger casings. Action cams serve their purpose wonderfully for those on-the-go shots as well. And dare we mention camcorders? Major brands are revamping the camcorder with state of the art features that make capturing sharp video easier than ever.

Our team at ExpNet has comprised a list of what we found to be the best video cameras for vlogging. We hope the reviews aid in pointing you in the right direction to finding a good camera that will perform exceptionally well so you can focus on the content you want to produce, not on worrying if the device is up to the task.