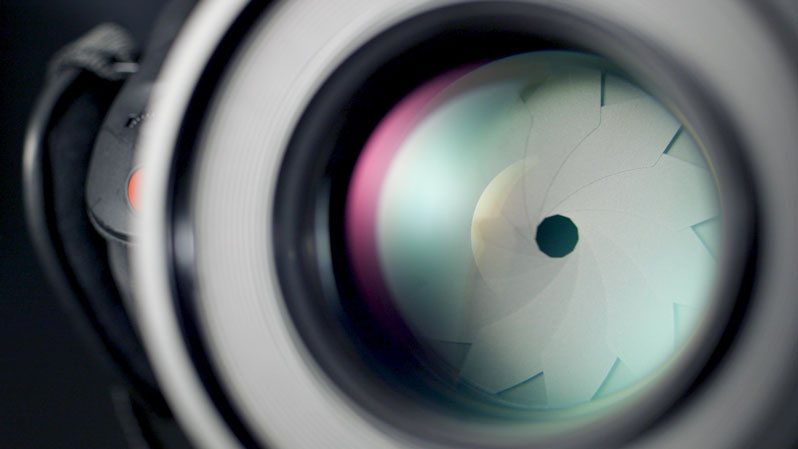 Depth of Field and Aperture Explained

This article provides a more detailed explanation of depth of field and aperture and how they influence photography.

A camera is a tool for a photographer to express his or her creativity. Like any other tool, the better you know it, the better the final results will be. Keep in mind that a camera is a complicated tool, and it will take time to master just one part of it. Of course, if you want to master the use of your camera, you need to know more about the fundamentals. Aperture and depth of field are considered to common camera specifications, and that's what we are going to cover in this article.

Let's start with the very basics. Depth of field is the front-to-back zone of a photo in which the image is "sharp."

As an object falls out of this depth of field range, it begins to lose its sharpness. The rate in which this sharpness deteriorates accelerates as the object moves further and further away from the point of the optimum depth of field zone. Hence, keeping your subject in the optimum depth of field zone results to the sharpest image your camera is capable of. This specification is important when selecting the best vlogging camera, because you want your subject to be the center of focus in the video.

Keep in mind that the depth of field is a combination of three factors: the camera's f your camera, you need to know more about the fundamentals. Aperture and depth of field are considered to focal length, distance, and aperture size.

When a photographer tries to manipulate the depth of field to bring out the desired image result, he or she usually tinkers with the camera's aperture.

A camera's lens will come with a figurative "retractable curtain." Its primary job is to control the amount of light that is allowed to enter and hit the image sensor. This retractable curtain is also known as the aperture.

If you use a large aperture size, what happens is that the light coming into the sensor is also wider. Since it's wider, the light is "diffused" which means that the camera has to compensate. This forces the camera to only sharpen a narrower area of an image. If you see a photo in which the subject is sharp, while the background is blurred, this is the effect of using a wider aperture size.

Keep in mind that there's no such thing as "bad" or "good" here. It all depends on the photographer's desired effect. If a photographer wants to draw the attention of the viewer to a certain part of the image, he or she can use a wider aperture to intentionally guide the viewer's eyes to focus on the sharp areas of the photo. Conversely, if a photographer wants a viewer to be "awed" by the background of the picture, a narrower aperture size is needed. Another thing that you need to understand about aperture size is that it works in ranges.

Depending on your camera, the aperture size may come in "stops" like F/2, F/2.8, and F/22 while some will have F/2, F/3, F/4 and so on. The reason there are "stops" is that the f-number is a result of a mathematical equation that defines the amount of light coming in and hitting the sensor no matter the length and size of the lens.

Basically, you're free to use F/2.3 (if your camera allows it) as opposed to using the standard F/2 stop. However, with the F/2.3, the light coming in is not substantial enough to make a difference in the exposure when compared to F/2. It's the reason why F-stops are usually fixed in F/2, F/2.8, F/4 and so on.

Other Factors Relating to Depth of Field and Aperture

Most aspects of a camera are related to one another. This is especially true when it comes to exposure. If you want the right exposure, you usually have to balance the ISO sensitivity, aperture, and shutter speed.

For example, if you want to take a dramatic photo of your friend in which her face is sharp, and the background is blurred, then you will have to use a wider aperture size. However, you can't just blindly set the aperture size without adjusting ISO sensitivity and/or shutter speed and expect the exposure will be right.

Another aspect that can influence the depth of field is the focal length. The downside of this method is that it's complicated to do.

Because of these reasons, most photographers will turn to the aperture setting in manipulating depth of field rather than choosing to tinker with focal length and distance.