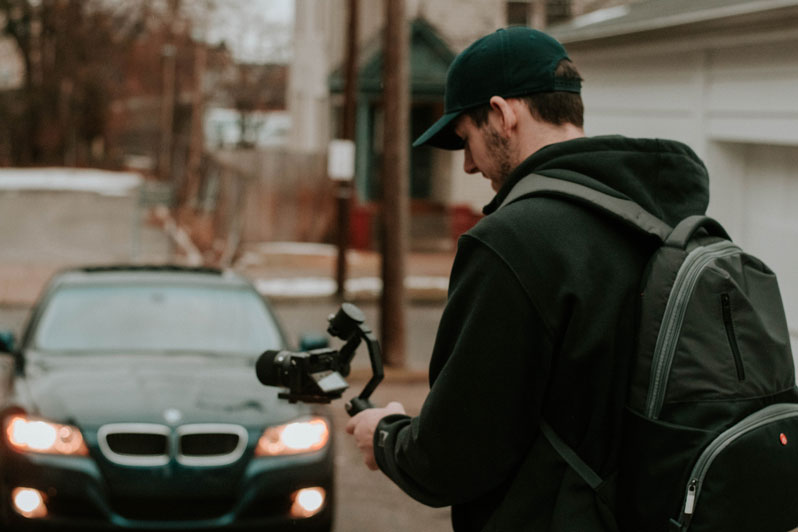 Recording a Video? Here's How to Make It Look Professional

This post will provide tips on how to make your next video look as professional as possible.

You may be terrified of making your own video for any of these reasons:

Whatever you're afraid of which is inhibiting you from making the video that you envisioned, please know that it is okay. All of us have been in your exact place at some point. Public speaking is one of the biggest fears of most people.

Taking that first step will be the hardest. Just close both of your eyes. Then, choose a topic. After that, you can whip up a script. You can even create a video immediately. Don't wait until everything is going your way. Believe that it'll work out sooner or later.

In our experience, the second video will get better. Just trust us; you don't need the equipment you fancy. Your phone, which already has a quality camera, will suffice!

To ensure your homemade video is of high-quality, keep in mind everything that we will tell you starting now.

Tip no. 1: Use the back camera if you'll be using your phone.

Since the front camera of a phone is used for snapchatting, going live on FB, or video calling, it's been equipped with lesser resolution compared to the rear camera, which has a sensor that's of better quality. This should be the camera that you'll use to take a picture from a distance or shoot quality videos.

If you'll be shooting a professional video, start with any camera that you have that has the most megapixels.

Tip no. 2: Don't skip on utilizing a tripod.

Focus and stability are important elements when it comes to video making. If you shoot a video and it becomes blurry, it'll look amateur which we assume is something you don't want. If your picture is blury, you should first adjust the focus or move the camera to right right distance from the subject, as determined by the lenses focal length. If your picture is still blury, you might be experiencing movement. The quality of your video can degrade from shakiness, so make use of a tripod.

A good tripod won't just provide your video the stability it needs, but it will also allow you to shoot with ease. If you don't know how to use one, we'll give you an example of how your setup should be when using a tripod:

Pretend that you're shooting a vid for the tasty series of Buzzfeed. A tall tripod would be needed for it. Once you have what you need, place the tripod close the working table. Its head must be pointed downwards so you are shooting overhead. To get extra height (if the legs of your tripod aren't too tall), try closing the legs together. That'll give you the boost you need.

If you'll be using your phone and there's no way for you to get a tripod, you can still lessen the shakiness of your video by using your hands when holding the phone and locking both your elbows into your waist. This can be your last resort, but we still wouldn't recommend it as a little movement may ruin a video.

Tip no. 3: Shoot or record in landscape.

When you are watching videos on vertical screens, you'll notice that the clips are in portrait mode. But, the videos will look bad if they are played on widescreen TVs or when you tilt your mobile phone. Try doing so and you'll see two vertical bars on the sides of the video.

Professional filmmakers will tell you that there's a good reason why they almost always shoot in landscape: it makes the video aesthetically pleasing when it's viewed on a widescreen. Also, vertical dark bars on each side of the video won't be able to steal the show.

You can forget everything we've told you but instill this in your mind: shoot horizontally.

If you're into photography as well, you've probably heard of the rule of thirds. There's also a chance that you don't know what it is, but it's okay; we'll make it easier for you to understand.

The rule of thirds is any composition's basic rule. It will give you a good idea on where you should place your subject/s within a frame, so the output looks more appealing. Amateur photographers choose to put subjects at a frame's midpoint. But, if you choose to adhere to what we just taught you, the rule of thirds, then your composition will be way better.

Mentally divide the frame into equal-spaced vertical and horizontal lines, so they'd create nine sections that are of equal sizes. Now, as you are shooting, place the subject on the intersecting lines. If your using a vlogging camera with a flip screen, flip that screen towards you so that you can keep an eye on your location within the frame.

Here's a must when shooting a video: record in an area that's well-lit. Not using good lighting is a common rookie mistake. If you'll be shooting outdoors, make use of as much daylight as you can. If you'll be able to add more lights during your daylight shoot, the better. Make sure you understand how your camera's aperture setting influcences the brightness of your picture.

If you will be shooting indoors, however, there are things you might want to remember like the following:

Shooting a Professional-Looking Video is NOT Rocket Science!

Yes, that's true. But, you will be required to do a bit of experimentation your your camera settings and lots of practice. Keep on it and don't give up. Eventually, you will develop your own sense of style. To give your confidence a boost, gather more people who love watching your videos!